Ing. Dalibor Gregor belongs to the top professional photographers of horses. He is author of more than 60 successful books on this topic and his books are admired by readers in many countries in Europe and overseas. 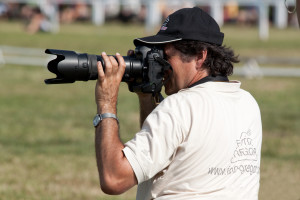 In recent years, we could see his photographs at exhibitions „Black and White“, Lipizzaners – My Love“, „Lipizzaners – Horse of Kings and King of Horses“, „Beauty of French Horses from Camargue, Charm from Provence“, „Parforse hunts“, „Beauty of English Thoroughbred in Napajedla“, „Nobleness of horses“, „Smile for the horse!“

In 2009, Dalibor Gregor started the international project HORSES FOR CHILDREN, which helps young people to find positive attitude to animals in general, and horses in particular. One of its multiple goals is to help involving handicapped children in events relating to animals. The project invites impersonator of social and culture life from the Czech Republic and abroad.

Dalibor Gregor has travelled all over Europe to meet horses.

In 2010 he was official photographer for 430th anniversary of establishment of breeding stud  Lipcia in Slovenia.

In 2011 he was official photographer for 90th anniversary of establishment of National breeding stud in Topolcianky in Slovakia.

He was official photographer for FEI WORLD DRIVING CHAMPIONSHIP FOR PAIRS 2013 in TOPOĽČIANKY – SLOVAKIA.

In 2015 he was official photographer for 90th anniversary of establishment of Provincial Stud Farm Tlumačov.

He published books from all of his journeys from each anniversary of breeding stud and World championships for Pairs in Topolcianky which engaged professionals and general public.

The nobleness and beauty of the horse make one start thinking about oneself.